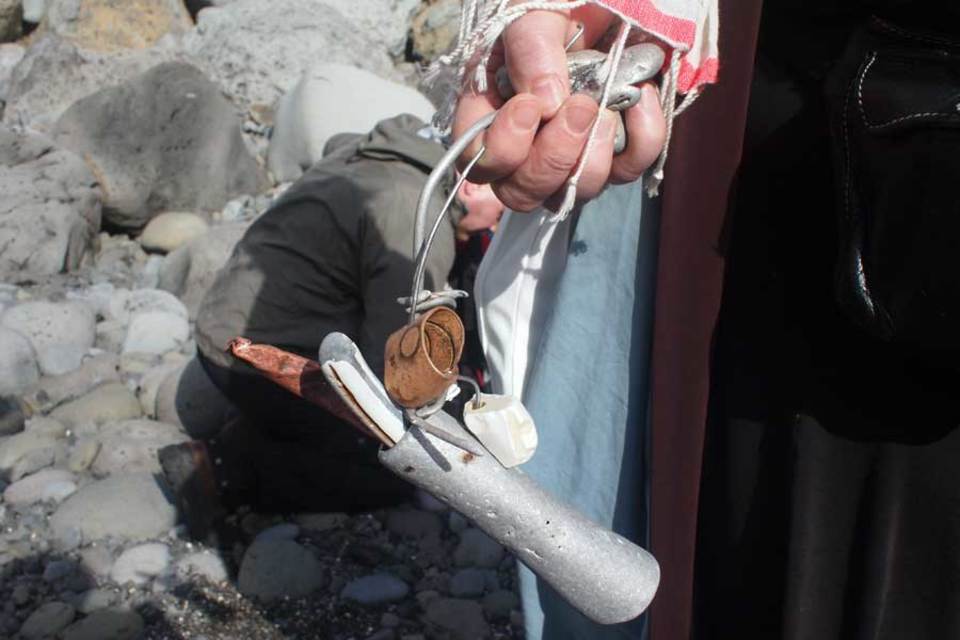 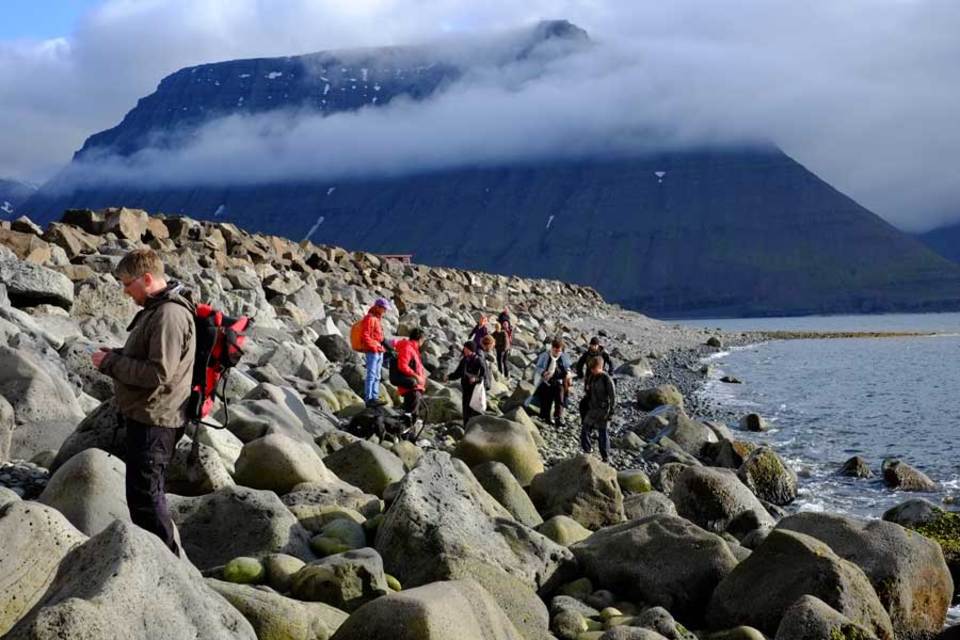 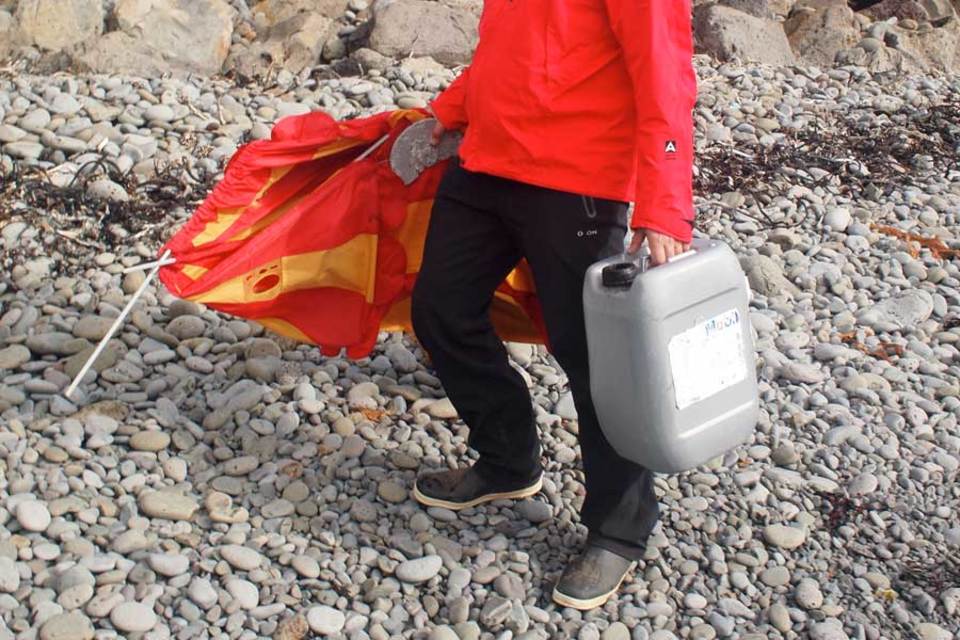 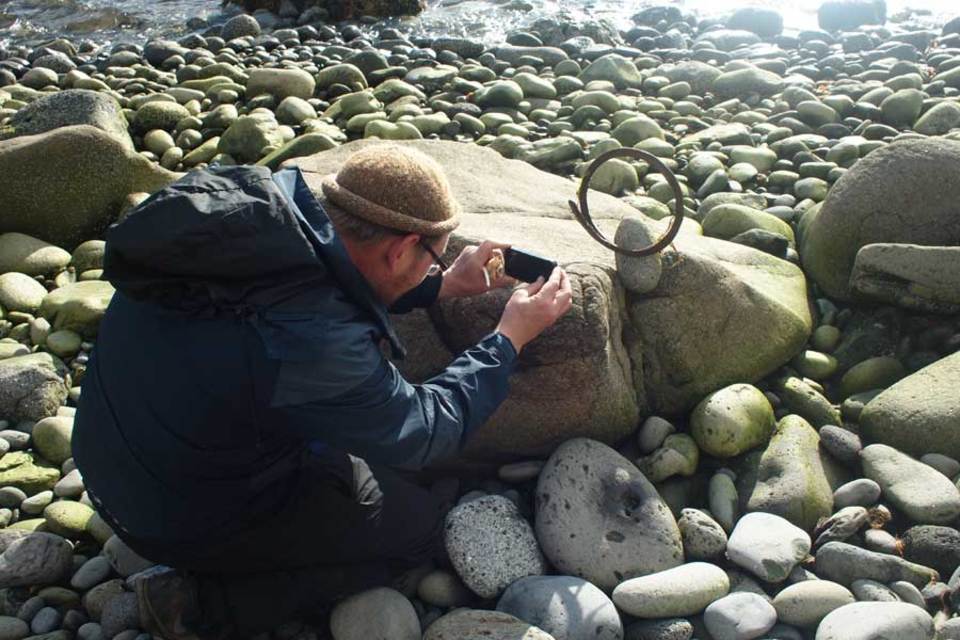 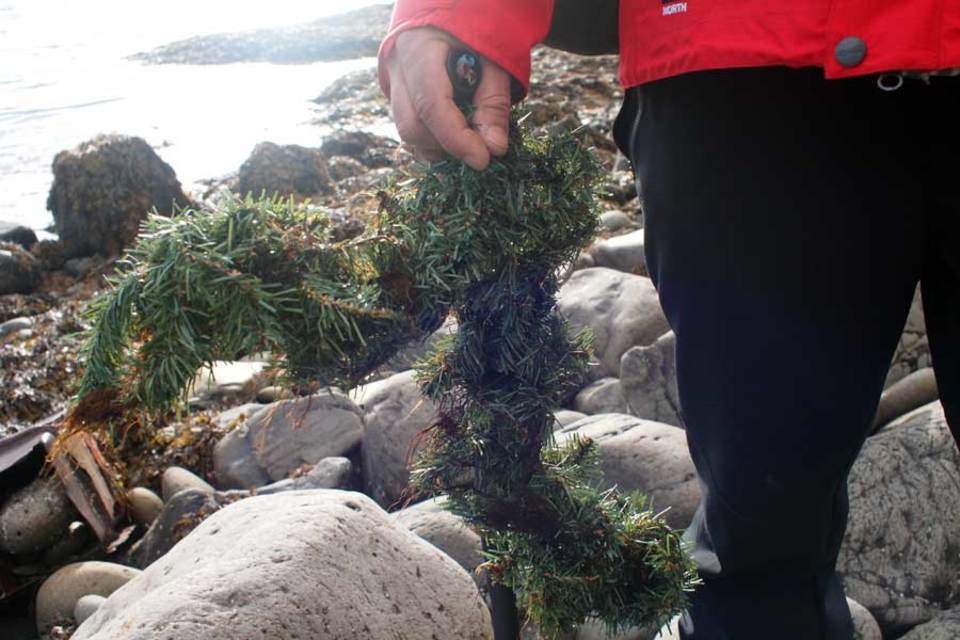 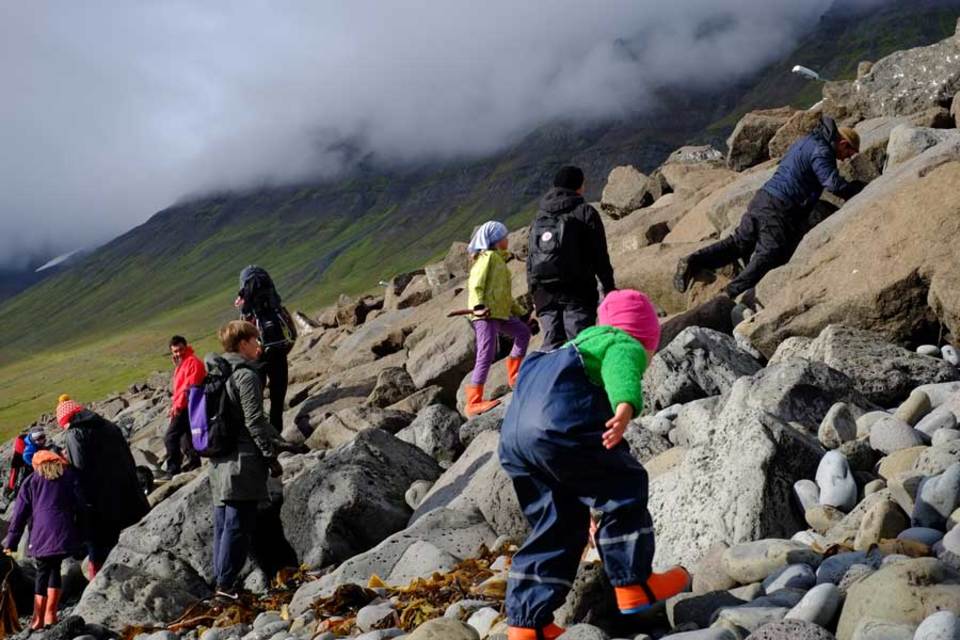 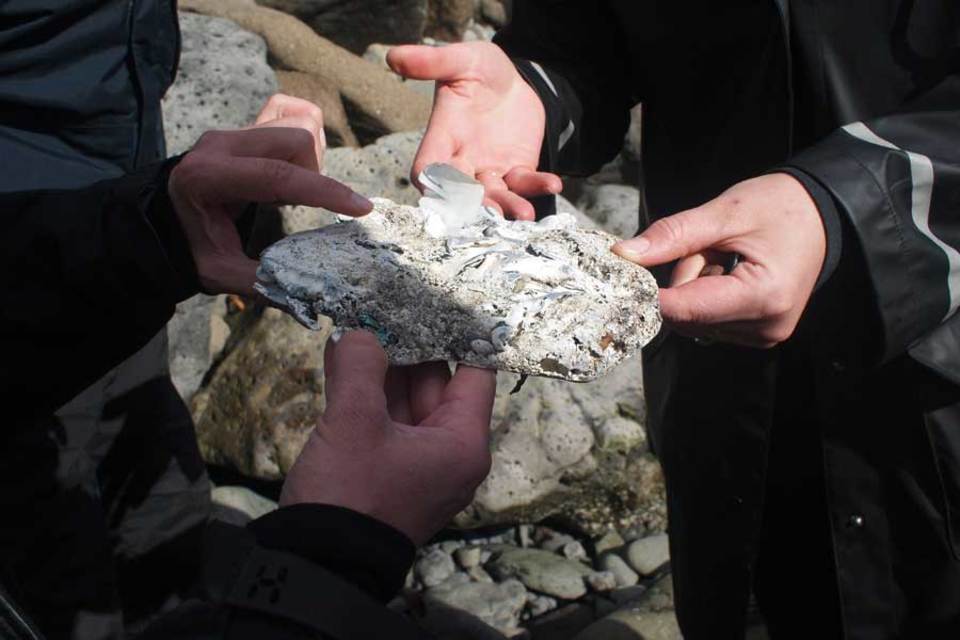 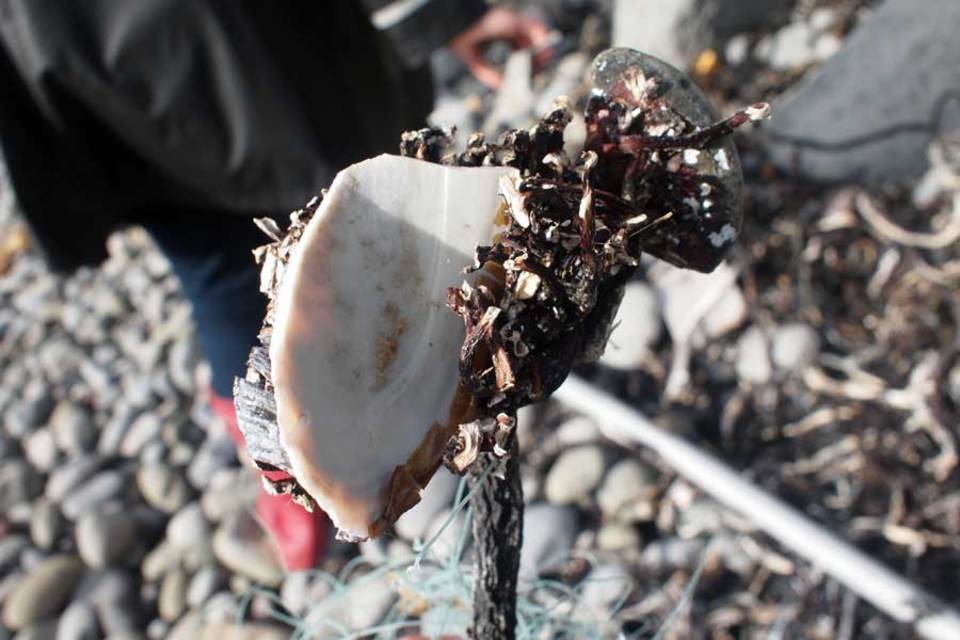 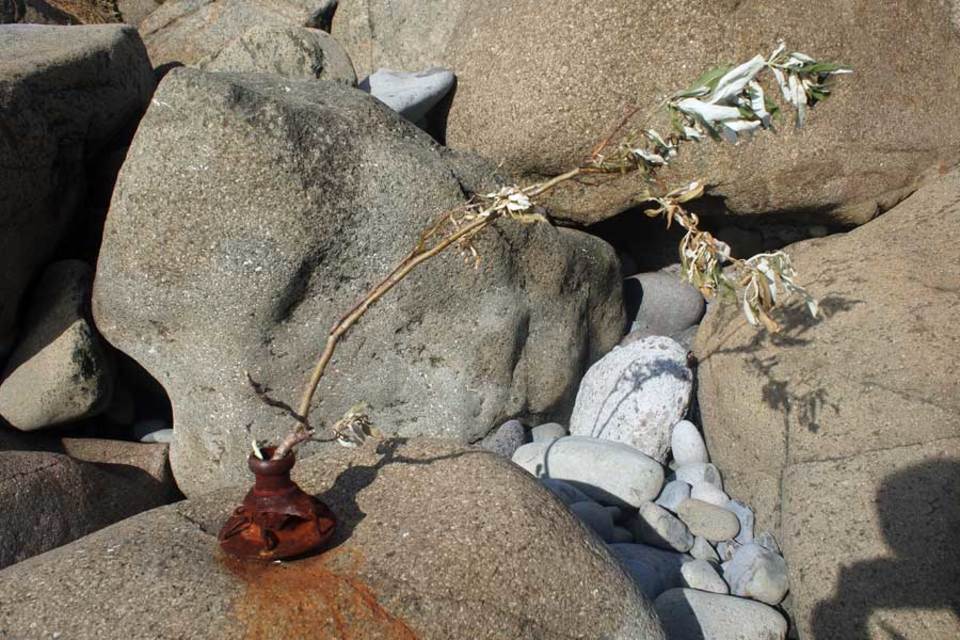 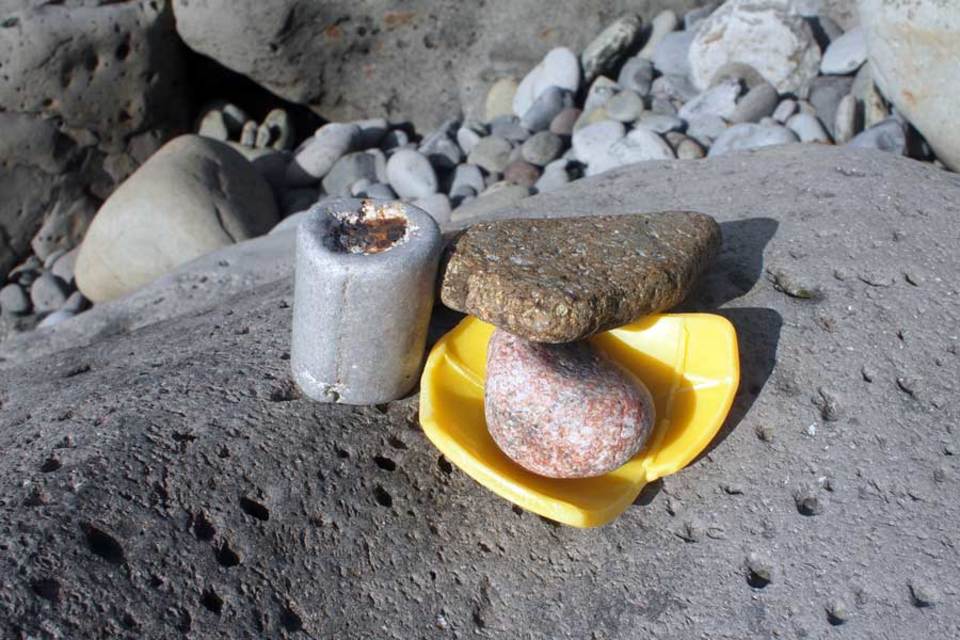 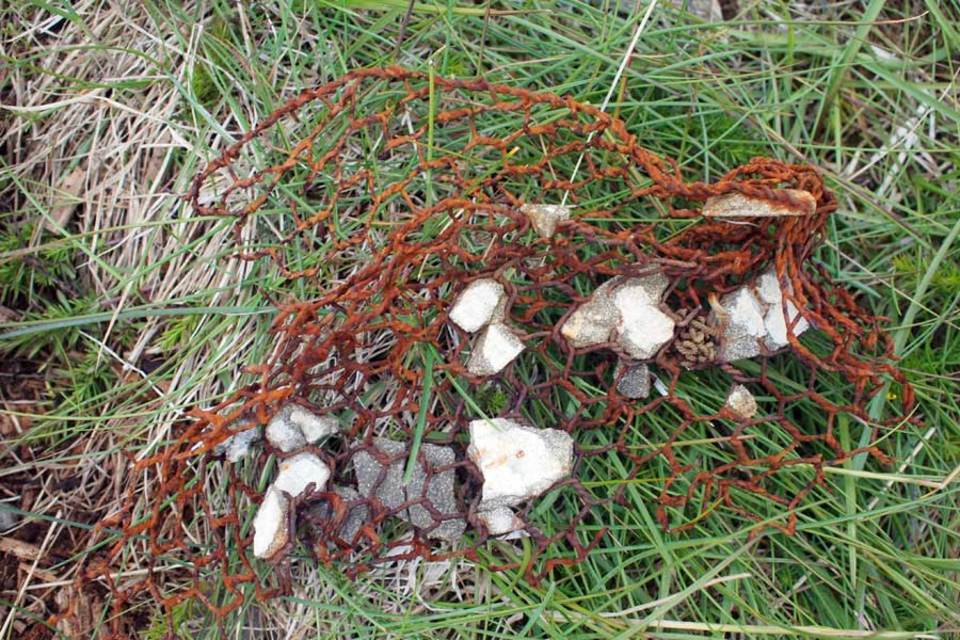 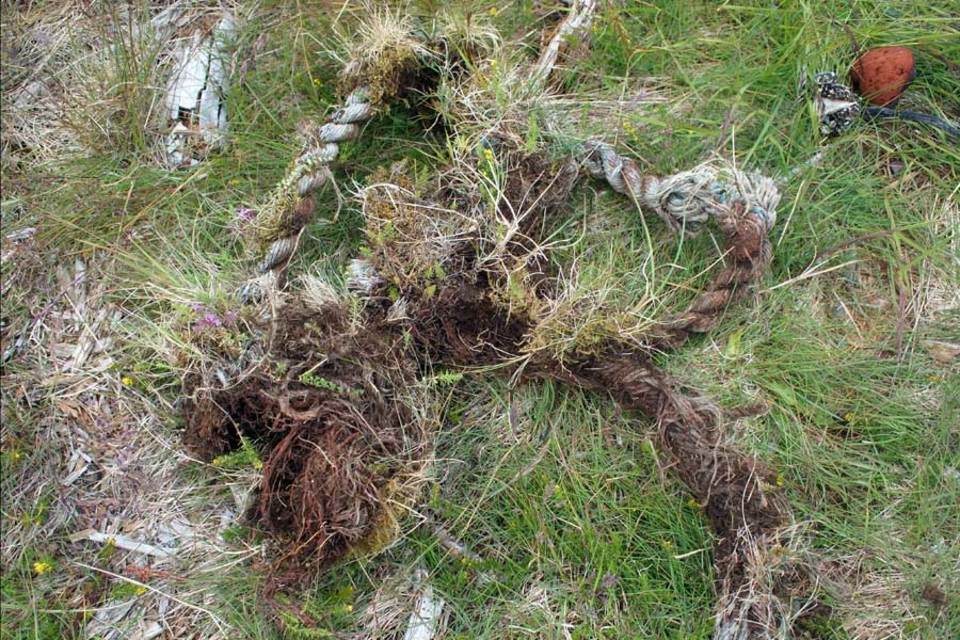 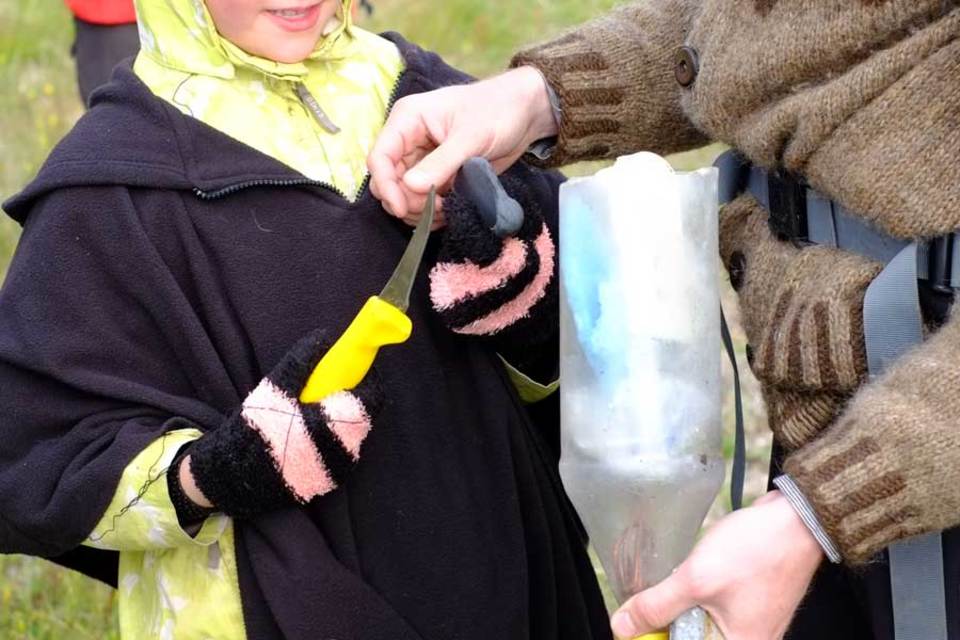 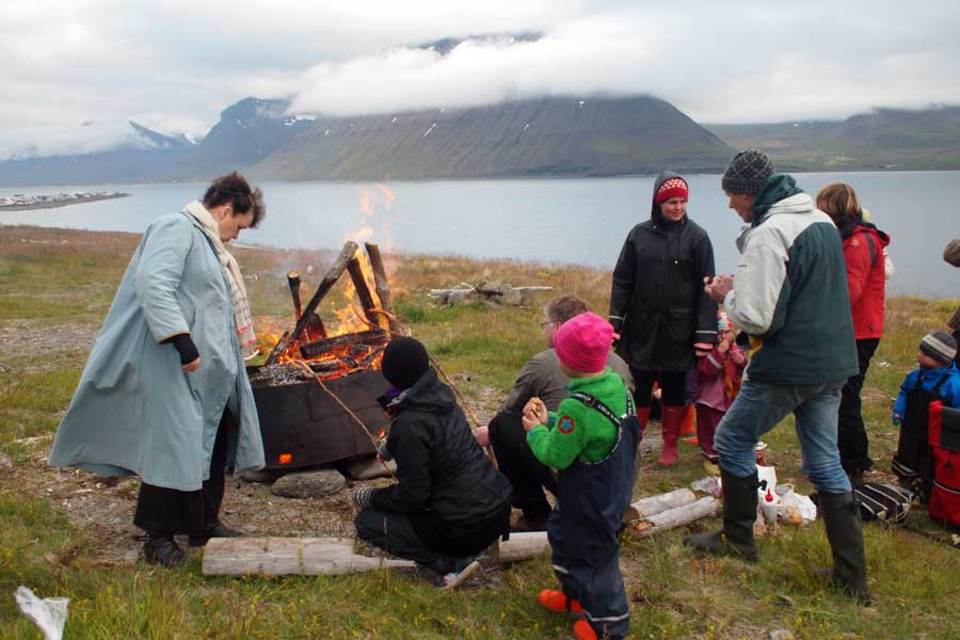 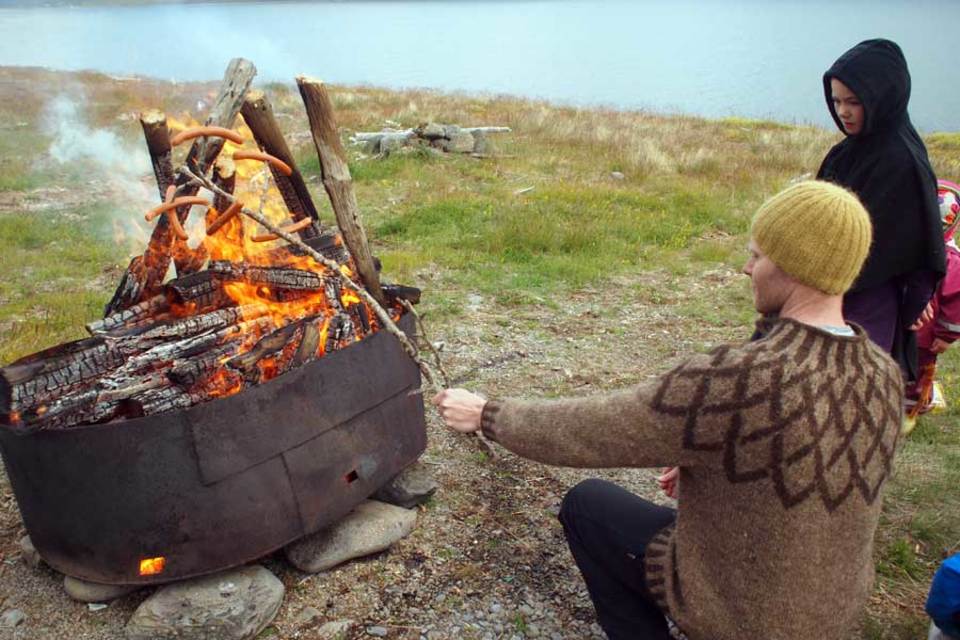 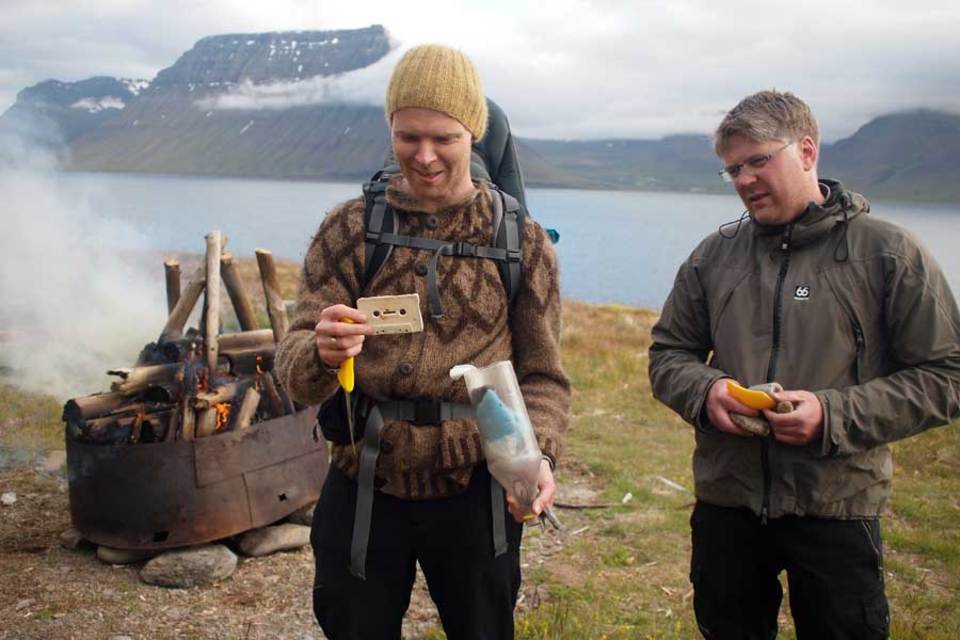 INVITATION
A plastiglomerate walk takes place in Önundarfjörður in the Westfjords in Iceland. During this exploratory walks we look for plastiglomerates that is a new kind of rock that consists of plastics, lava, corrals and more. Regardless whether any plastiglomerates are found, the walks allow for plenty of time to discuss and speculate on the matters that emerge when human and natural forces merge. What brings them into being? How can we understand them? Who and what are they a concern to? How could they be used?

Meeting place: Gathering at Samkomuhúsið in Flateyri at 5 pm. Bonfire at 7 pm along the beach towards the opening of the fjord. Hermann Þorsteinsson from Perlur fjarðarin will guide us on this walk in Önundarfjörður in the Westfjords.

FLATEYRI
After many helping out spreading the word about our walks in the Westfjord, a group of about 20 people and a dog took to the beach in Flateyri on a Friday evening.

The walk started with an introduction by the two of us, where we expressed how happy we were that so many had joined us in our ongoing explorations of what HYBRID MATTERs in general could be, and of plastiglomerates in particular in this case.

The dog showed the way down the rocks and as tide was low everyone spread out over sand, pebbles and rocks and headed slowly towards the sea.

It became a walk where we collected plastics. The rocks hid the bigger pieces, like a tent and a container for oil and a plastic Christmas tree. The smaller pieces were found further down towards the sand. Some arranged the rubbish into compositions.

Many talked of the things that wash ashore from ships, and sometimes as far away as from neighbouring countries. Hornstrandir, another beach in the Westfjords, was used as a comparison, where a lot more plastics apparently wash up on the beach. This one came across as very clean from rubbish.

By the time we got to the promised bonfire, some had also gathered branches to use as bbq-sticks - and found a fully functioning knife to use. Forestration in Iceland is a hot topic and is being researched at the moment at the University centre of the Westfjords. Particularly actors in the tourism industry have fear that tourists will be disappointed with the aesthetics of the fjords if they are covered by forest, whereas others see it as a necessity for those who live there.

Some people joined us for the bonfire only.

At that point many expressed a simultaneous disappointment and relief that we did not find any plastiglomerates on the beaches.

The fire was made up of wood that was previously used as structures to hang-dry fish on. The only other thing that came in contact with the fire was the found branches, food that was toasted - and a tiny little piece of wood that had been found on the beach. The force of the fire did not invite to any other experimentations.

A multicoloured stone became a conversation piece around the fire. Where did it come from, how did it get these many colours, why was it to be found right here? It was suggested that it was a stone that had been used in a sauna.

An article before the walks in the local newspaper.