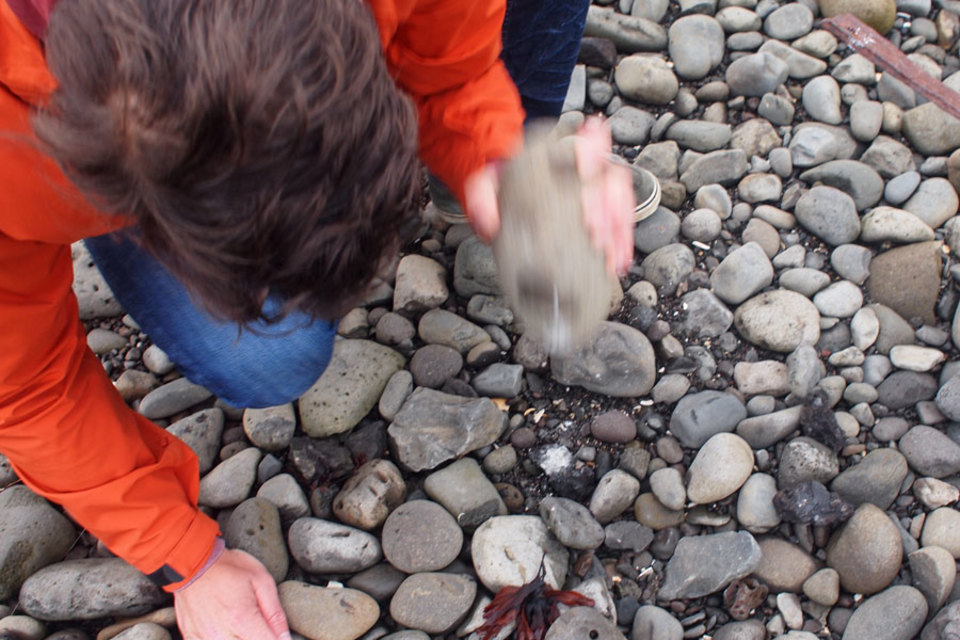 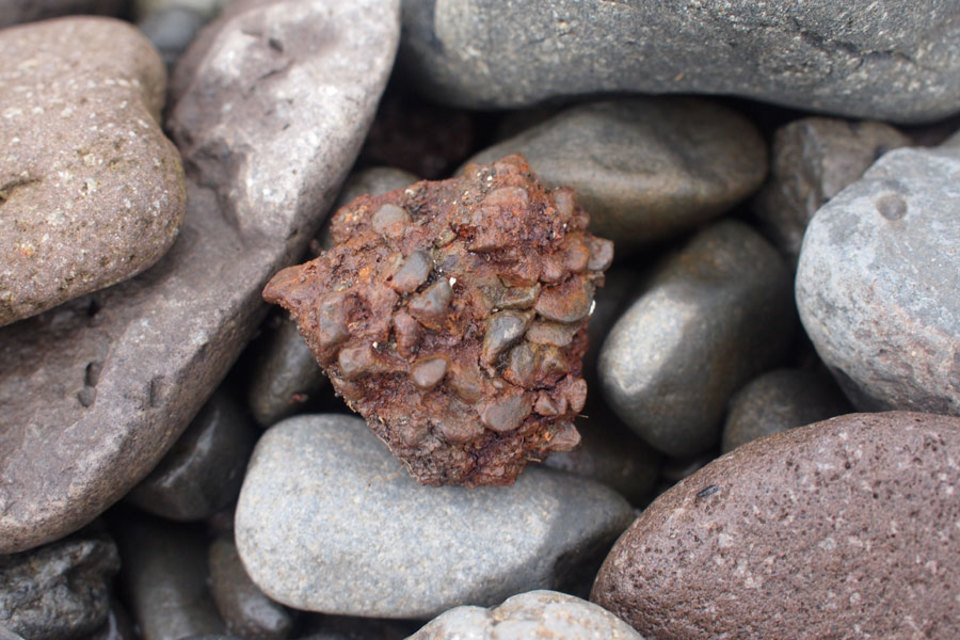 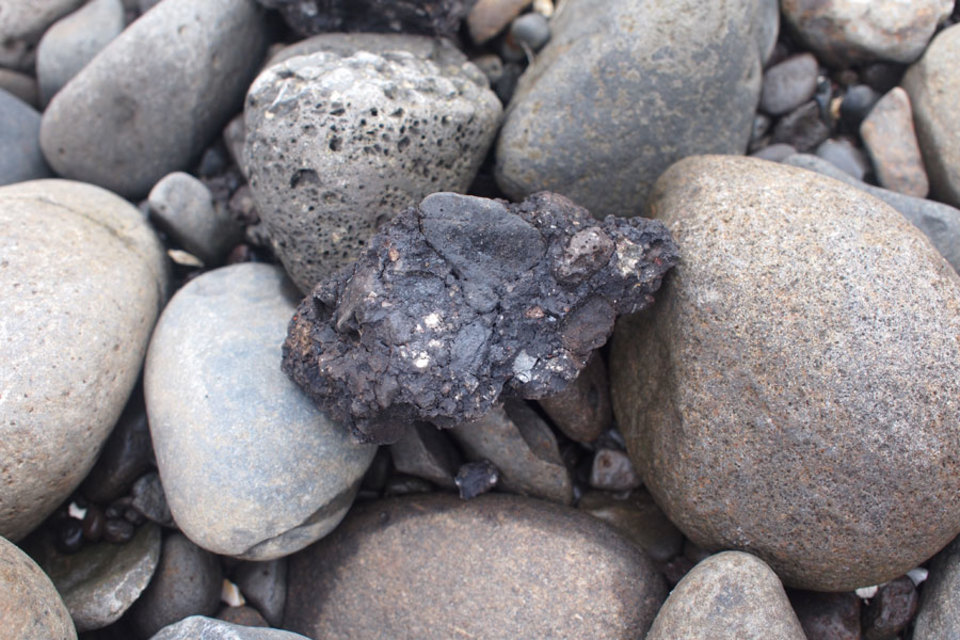 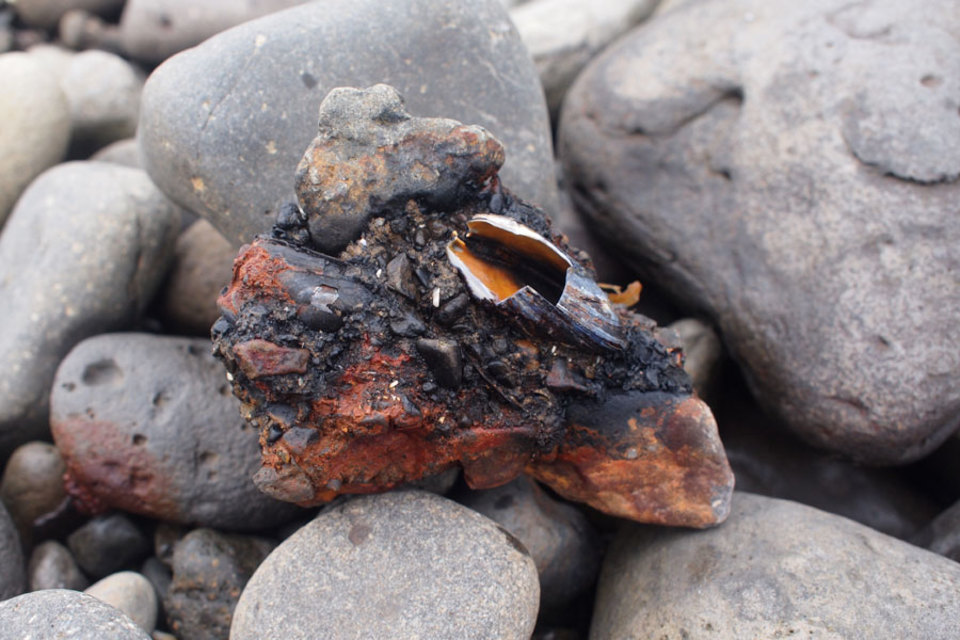 ISAFJÖRÐUR
The second walk was improvised. Upon arriving in Isafjörður, we took a quick walk to a “natural beach”. Our companion had studied geology in Iceland and had another approach to stones than we had previously practiced. He simply knocked a stone open, to examine it and see if we could discern what it consisted of. We came to envy the easiness of just cracking a stone open - just to see what’s inside and to examine it on the inside.

This raised questions such as: How do we treat stones? As something precious or as something at our service? What force are we part of?

The human force is something that comes into the picture when exploring what hybrid matters is and can be - matters that emerge in the epoch of Anthropocene and in the intersection between the manmade and the natural as well as technology, or culture, and nature.

A few words about the Anthropocene: it’s a relatively new term that some geologists - and others - are using to talk about the geological epoch that they argue that we are in now. They mean that it is characterised by human force - that humans is a particularly strong force upon nature and that humans influence ecosystems. Some say that the Anthropocene started with agriculture, others say it started with the steam engine, yet others say it started with the nuclear power.

Yet others doubt that it even is an Anthropocene epoch that we’re in. And others challenge the concept and want to emphasise that not all humans are equally strong force.

Donna Haraway, for example, would rather call our epoch Capitalocene, to emphasise that some humans have bigger impact than others. With Capitalocene focus shifts to the impact of those with lots of money, which is bigger than those with less money. Jussi Parikka suggests another word, Anthrobscene, to describe our epoch, in which he means that digital and other media should rather be called medianature to emphasise the geology of media.

These walks, which is the beginning of a series of walks in the Nordic countries, will find its way into an exhibition on HYBRID MATTERs that will tour to exhibition spaces in the Nordic countries next year. This particular walk raised questions on what to do with our findings - observations and matters in its double sense. For example, should we party like there is no tomorrow, as if we are headed with full speed towards the apocalypse and there is no hope of a continued living and therefore we can just keep on using and spending?

Or, should we try to make the stones able to respond? Respons-able? For this, do we need to allow for time and to linger in the landscape to make ourselves sensitized to the stones? Would that be a bit along the lines of what we understood as an invitation to play with the findings on Sörlaskjól in Reykjavik, with the playground which also looked like a shrine?