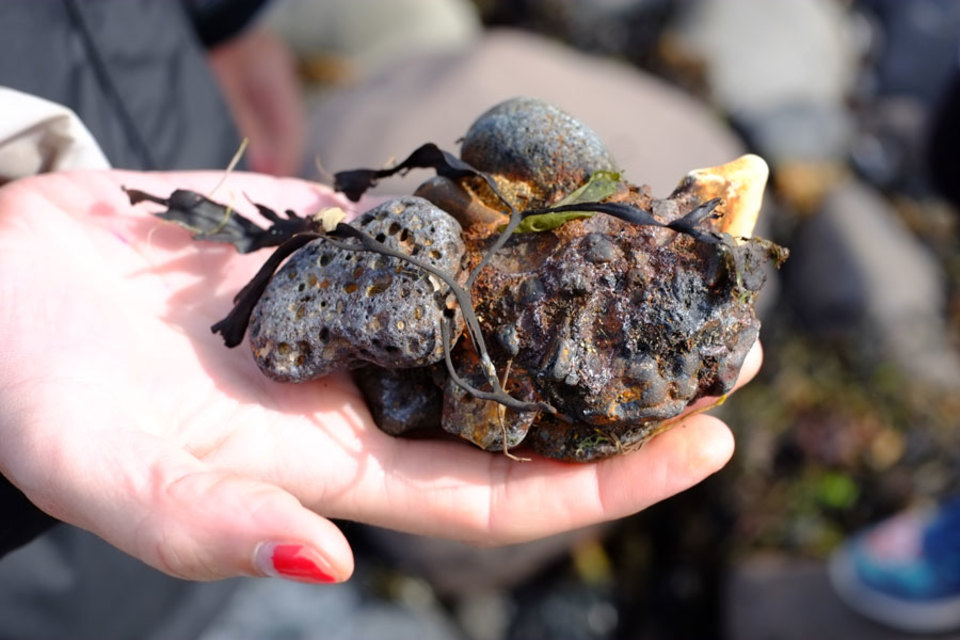 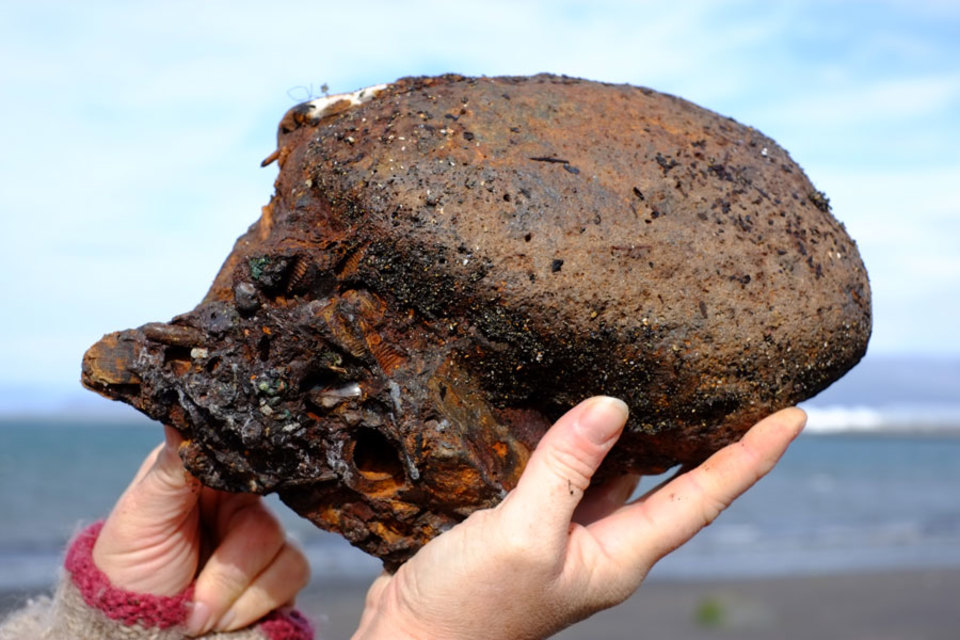 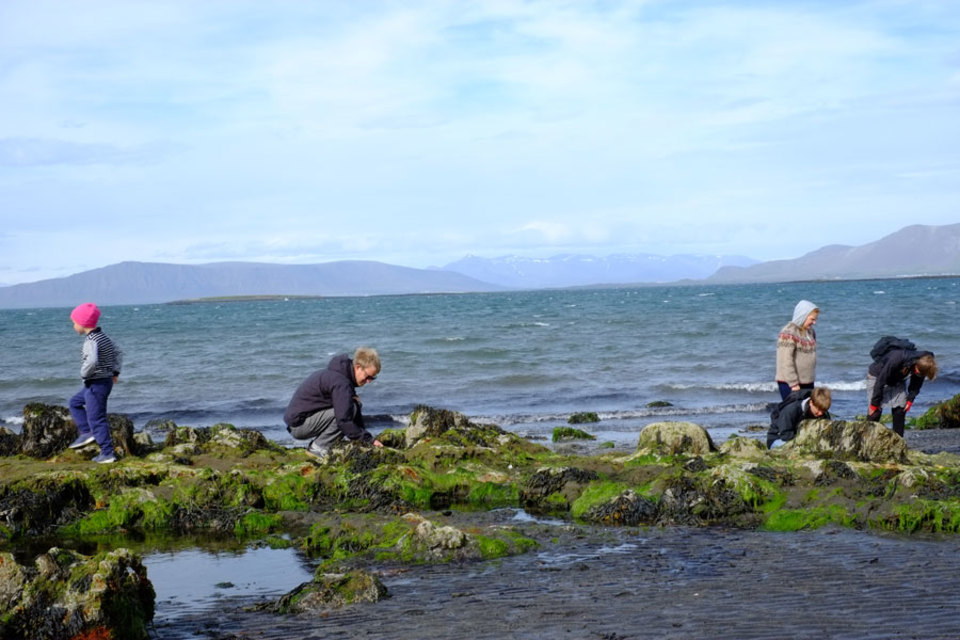 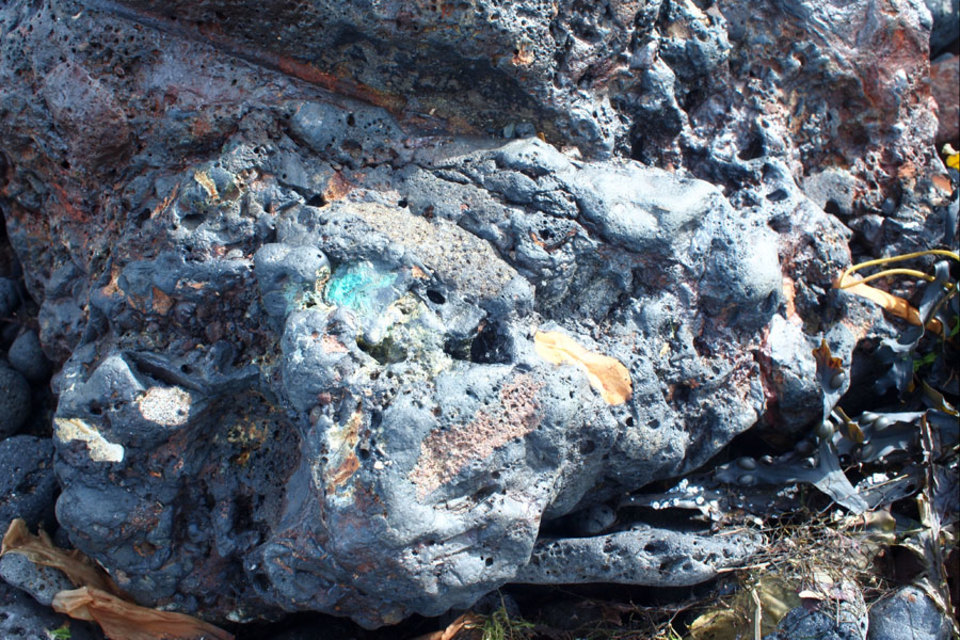 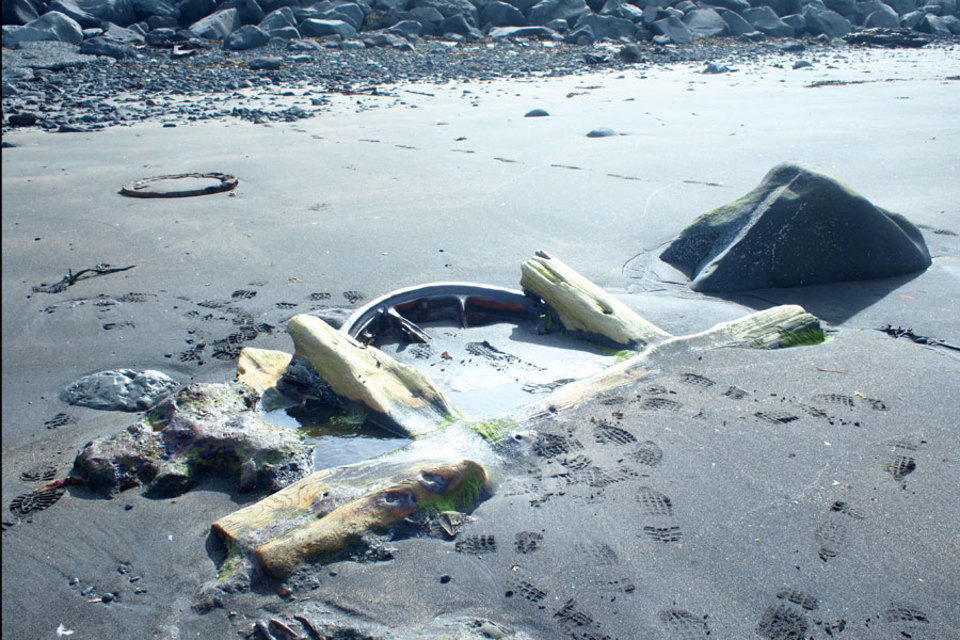 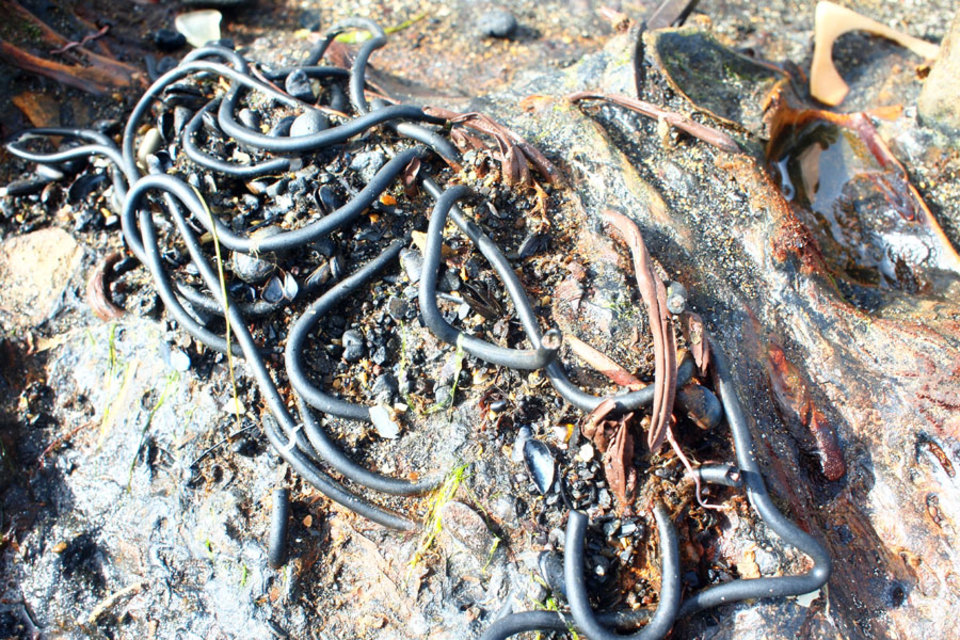 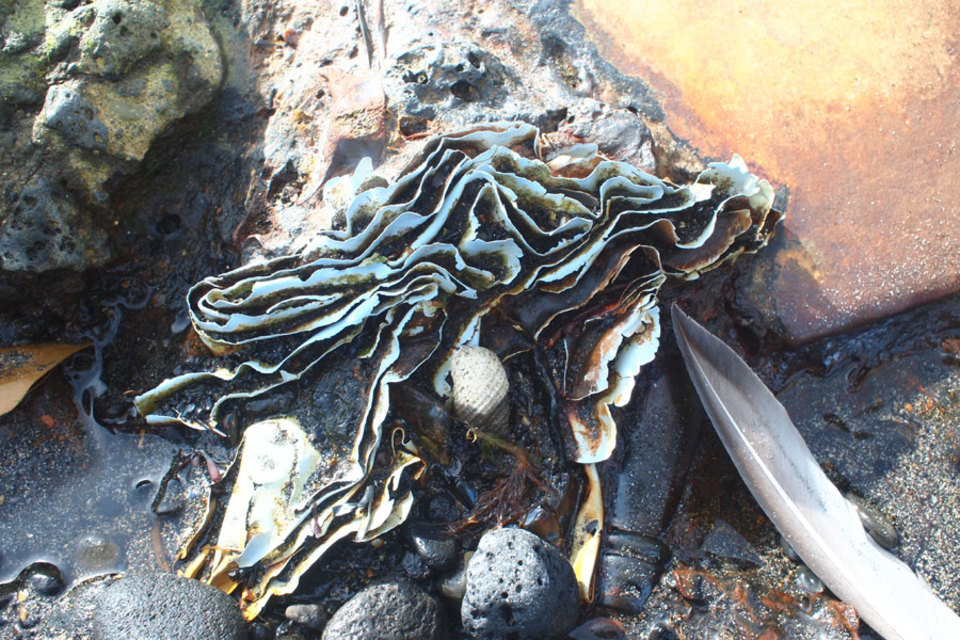 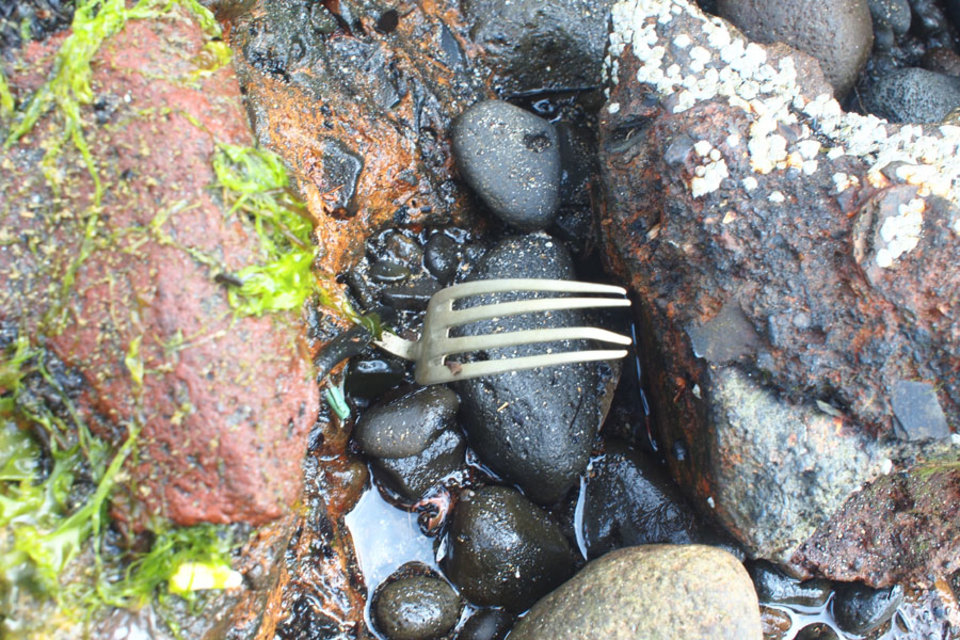 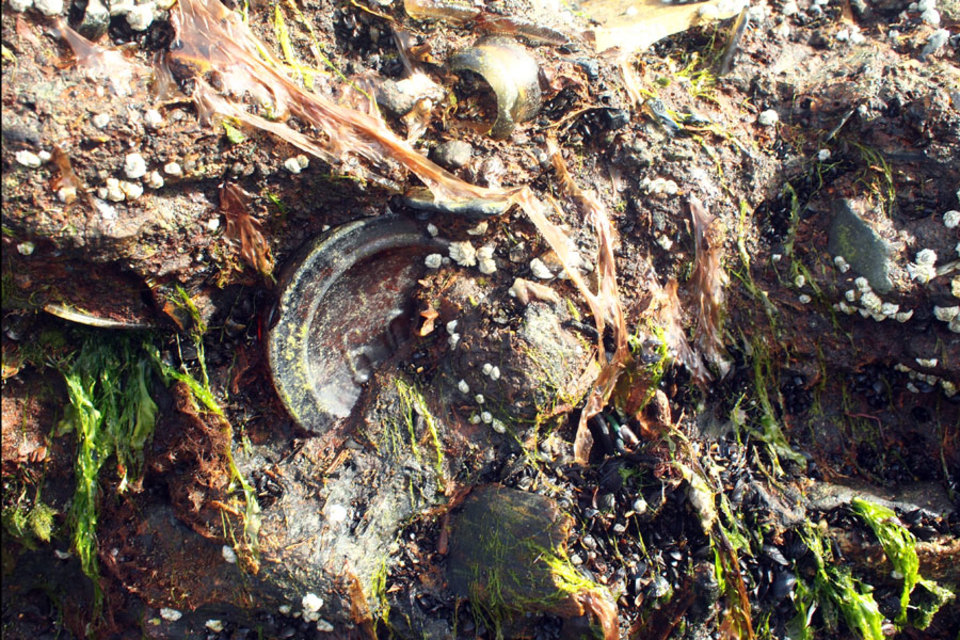 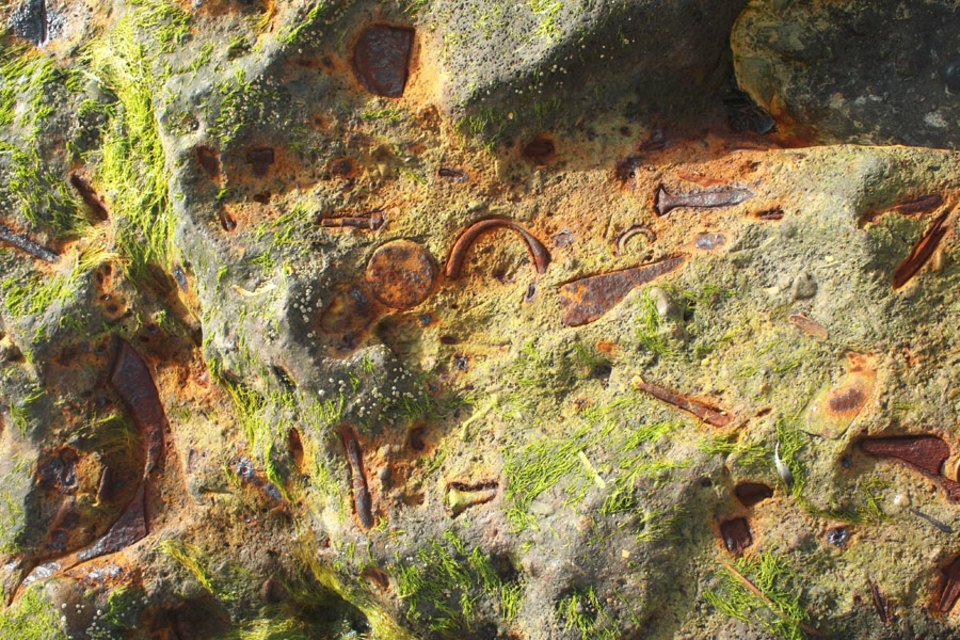 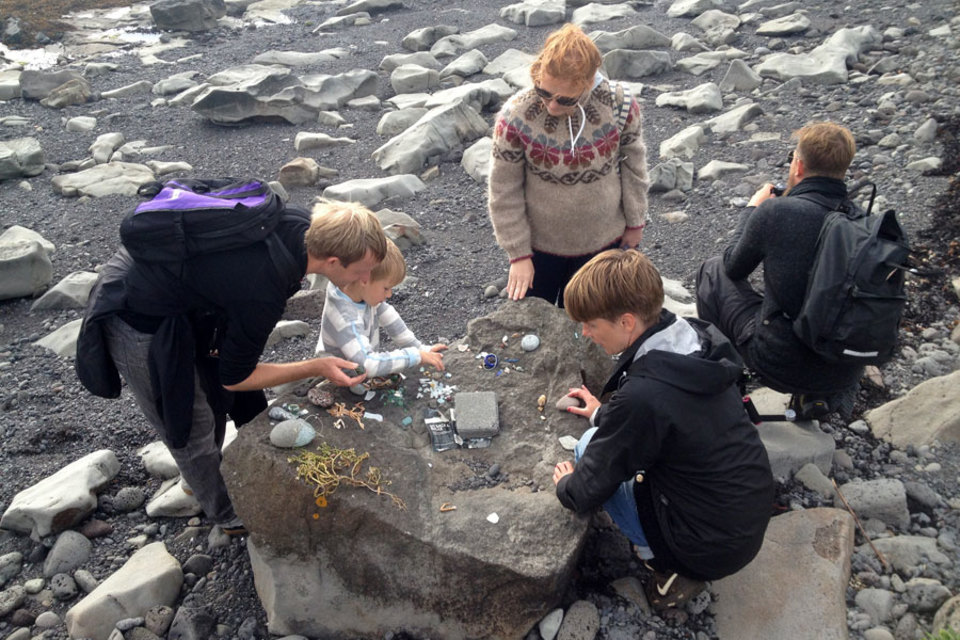 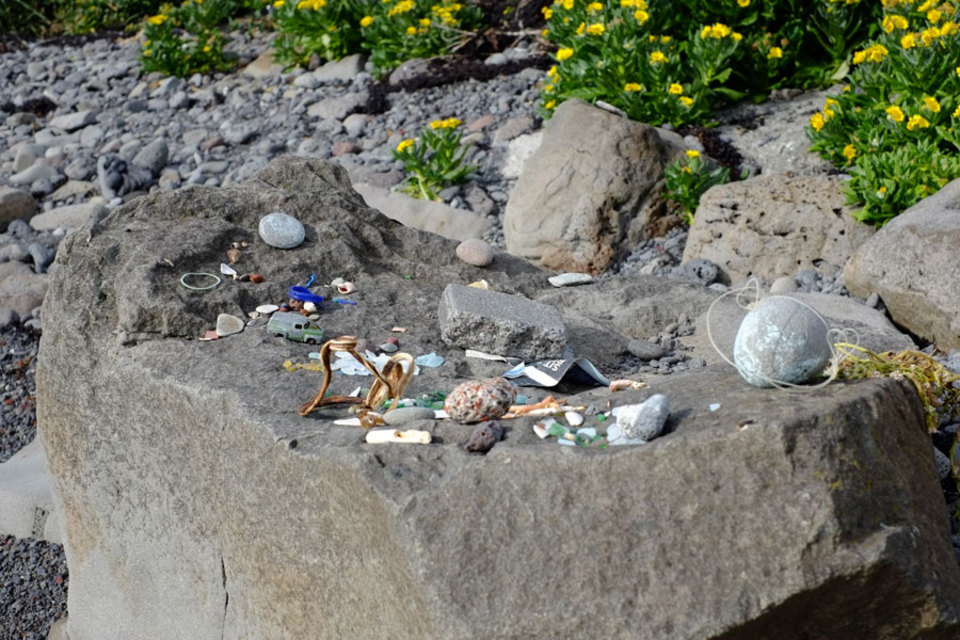 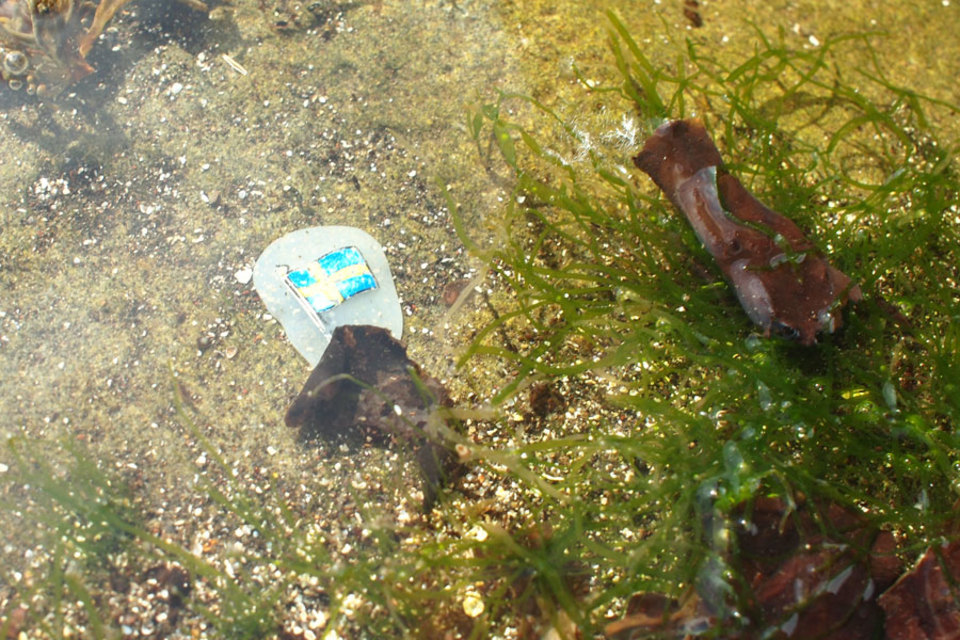 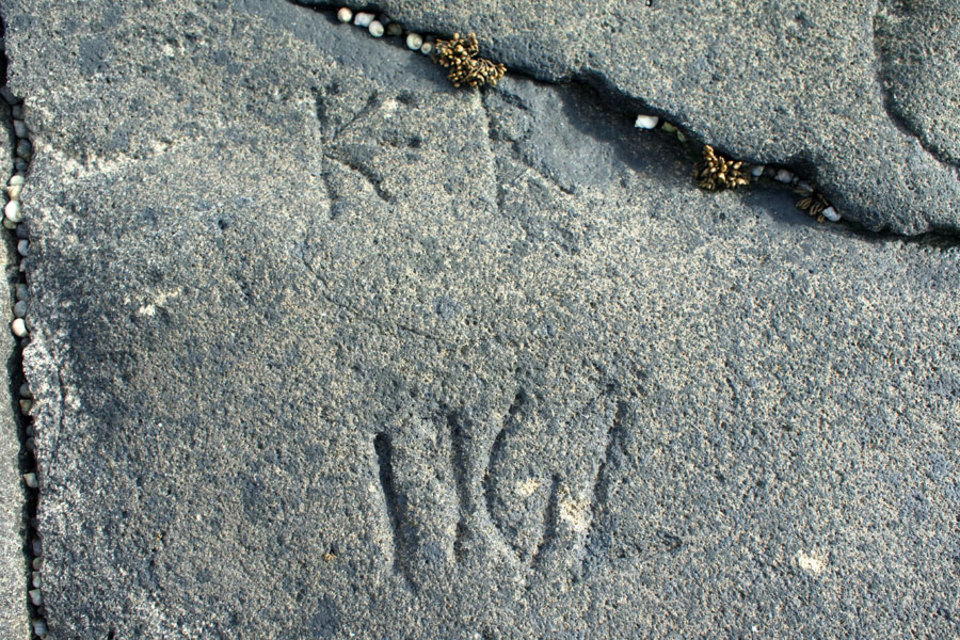 INVITATION
The first plastiglomerate walk takes place at 3 pm on Eiðisgrandi and Sörlaskjól in Reykjavik. During this exploratory walk we look for plastiglomerates that is a new kind of rock that consists of plastics, lava, corrals and more. Regardless whether any plastiglomerates are found, the walks allow for plenty of time to discuss and speculate on the matters that emerge when human and natural forces merge. What brings them into being? How can we understand them? Who and what are they a concern to? How could they be used?

EIDISGRANDI
On a windy afternoon in Reykjavik, we gathered and walked out on a landfill that takes the form of a peninsula. We passed by others who were looking for precious stones among the rocks.  Tide was low and the sand of the beach lay bare.

Amongst the rocks that lined the street we started to find distinguishable things like a tap and a spoon and a fork. There were tyres. And seaweed. A lot of it was stuck between rocks, had become rusty and therefore entangled, and hard to move.

And then, as we walked out on the sand, away from the bigger rocks, we observed conglomerates of things in the sand. A wheel, mounted onto wood. Cables, cords, glass bottles, more forks and spoons. Seaweed. Mussels. Metals. The soles of somebody’s shoes. Teeth - from a sheep?

Could it have been a shipwreck?

It was monumental and stuck in the sand. Was it even a plastiglomerate? We would have to bring it to a geologist to have it examined, but it was obviously very hard to bring with us. And the geologists who published last year on plastiglomerates are in North America.

We left the beach thinking that we might have encountered plastiglomerates, but that they were not portable plastiglomerate as we had imagined and prepared for by bringing netbags.

The encounters also produced mixed feelings. In one way it was very thrilling to find these intermingled materials and things. In another way it was also frightening how much we found.

SÖRLASKJOL
On the other side of the peninsula we got to a different type of beach - a so called natural one.

It seemed more full of vibrating life, for example flees. There was another kind of living, with other species. Notable were also other kinds of currents and winds that brought other things onto the beach.

As we spread out and looked around between and around rocks and sand, we concluded that there were less plastics on the beach. Strangely enough we found a Swedish flag in the form of a sticker in a tiny little pond.

However, somebody or many had obviously been there before us and also been looking for things. Some of it was gathered on a flat rock. Like an altar, a shrine, a playground - or a garbage exhibition? A mix of toy cars, stones, glass pieces, hair ribbons. Ordered. It was a gesture to play, an invitation to those who spend time on the beach to spend it with the traces of others - and to come back.

More permanent traces of humans were found in stones were numbers and letters were carved into the stones.

In the conversation afterwards we tried out our survey protocol, that we had modelled on others that use them to document findings on beaches. It became clear that our findings did not fit our protocol - or the other way around. The matters that we had encountered were in part too monumental and too hybrid.